You are a foster parent! 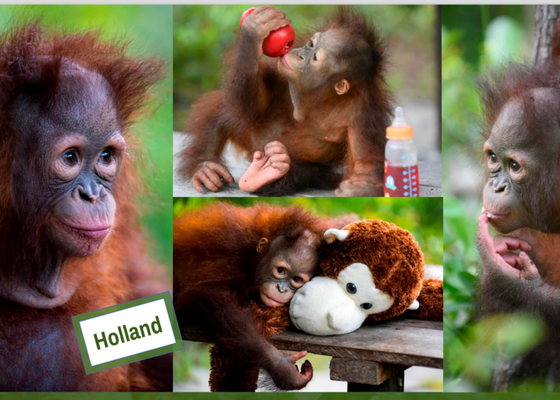 You probably read on our 2017 THN Christmas card that in lieu of client gifts THN supports two charity organisations per year to give thanks for the work we have been fortunate enough to be involved in and give something back to the world in which we live.

Again in 2018, one of the charities we are happily supporting is Orangutan Foundation International Australia (OFI Australia), an organisation that supports orangutan and forest conservation efforts in Borneo, Indonesia.

Orangutan populations in the wild are in severe decline and during the past decade have decreased by close to 50%. They are primarily threatened by human activities (much of it illegal) and development that causes the loss and degradation of their forest habitat.

This means that without drastic intervention orangutans may be extinct in the wild within the next few decades.

In order to support the orangutans in their care, OFI need to ensure they have a safe place to recover, grow and live, which isn’t cheap!

Thanks to their generous supporters, OFI Australia has now raised over $1 Million dollars – an amazing effort! Funds are used to support two main campaigns – caring for over 330 orangutans in the Care Centre providing them with food, shelter, love and the skills they will need when they are old enough to be released back in the wild, and purchasing and protecting land to ensure they have a safe home when they are eventually released.

So, that’s where individual people and companies such as THN can make such a difference.

An orangutan can be fostered by way of an annual donation which is what THN has done on behalf of our staff and clients. We receive regular updates from OFI Australia and happily, we can report that Holland is thriving since entering the Care Centre and is growing and learning every day. She has a healthy appetite we are told, and she loves bananas (of course), rambutans and has recently added mangoes to the mix.

Given her young age, Holland will remain in OFI’s very capable care until she is able to survive on her own, and can be released back to the rainforests of Borneo. And we of course will continue supporting her on your behalf as long as she needs us.

If you would like to support OFI Australia directly, visit www.orangutanfoundation.org.au to foster an orangutan or purchase land today.

← Twenty-Eighteen, we've kicked you off with a bang! Get the most out of your focus group →